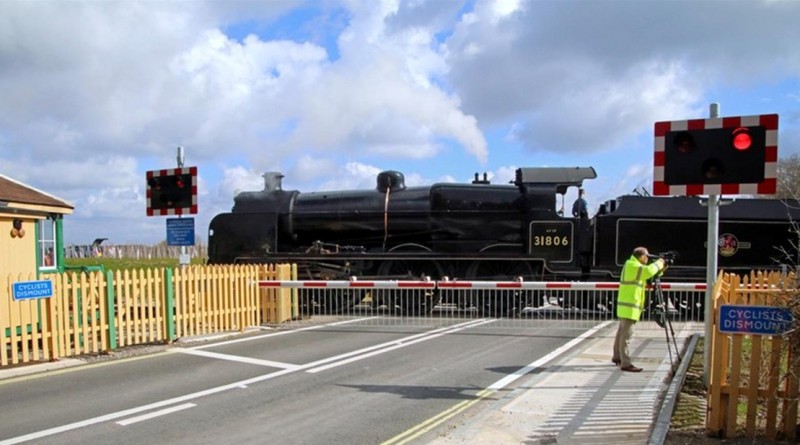 U class 31806 made history when it hauled the first timetabled passenger train in 44 years to run over four miles of Swanage Railways newly restored line towards Wareham. The train was first of several run during the annual Spring steam gala which took place between Friday 8th and Sunday 10th of April, 2016.

The first train between Norden and the Frome River departed Swanage at 9.45am on Friday, 8 April, 2016, with 31806 on the front. At Norden, Great Western Railway 1916-built tank locomotive No. 4247 was put on the rear of the train for the historic four-mile journey to bridge No. 4 and the Frome River.

Departing Norden at 10.17am, the train crossed the new Norden Gates level crossing before passing Furzebrook at 10.21am and arriving at the River Frome at 10.30am. After a stop of ten minutes, the train departed at 10.40am, arriving back at Norden at 10.55am.

Swanage Railway Company director and director for Project Wareham, Mark Woolley, said: “It was wonderful to see the first timetabled passenger train run between Norden and the River Frome bridge No. 4 for the first time since January, 1972, when the last British Rail passenger train ran to Wareham from Corfe Castle and Swanage. It was real history and there was an air of expectation and delight among the passengers on board the special train as it crossed Norden Gates level crossing, ran past Motala and then on to Furzebrook before running down the bank through Creech Bottom and East Holme to bridge No. 4 and the River Frome.”

The locomotive crews on the first train to the Frome River were driver Matt McManus and fireman Sam Dallisson. Full story can be found on Swanage Railways News Page here 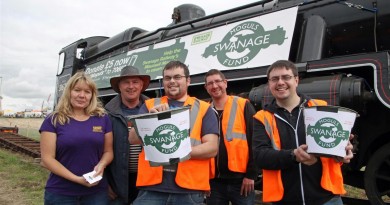 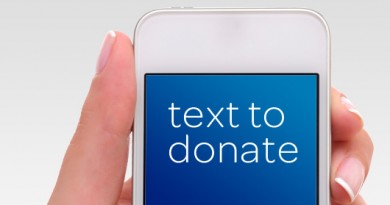 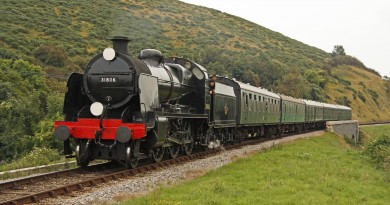