This page contains a history of 31874. Follow this link for information on its ongoing overhaul.

In the early years of the 20th century the SECR’s Victorian 4-4-0 and 0-6-0s were struggling with increasing freight demands on the tough gradients in the region. The traffic department was demanding new motive power with broad route availability and the flexibility to be used on passenger services as required. This was the situation confronting Richard Maunsell when he replaced the retiring Harry Wainwright as CME in November 1913. He had limited options. The SECR’s lightly constructed track restricted total weight and axle loadings and so he looked to the latest developments on the GWR from whom he head-hunted Harry Holcroft. The resulting 2-6-0 design was for a revolutionary, modern, lightweight and powerful mixed traffic locomotive.

Building on Churchward’s principals, the combination of a high pressure, tapered boiler with Belpaire firebox, long travel valves and outside walschaerts valve gear was unprecedented at the time. Richard Maunsell was also introducing a standardization policy and the N class was designed along side the K class tank engines to use the same basic design, boiler, cylinders motion and as many other parts as possible. Although designed in 1914, introduction of the class was interrupted by WWI. The prototype entered service in 1917 but war work and a backlog of repairs meant that it wasn’t until 1920 that the next was produced. By the end of 1923 the class numbed 15. They set a template for future locomotive developments in the UK.

31874 is part of a second batch that had slightly unusual origins. It was produced in the Twenties from a ‘kit of parts’ made at Royal Arsenal Woolwich.  At the end of WWI the railways were under threat of nationalisation and the SECR N class had been selected by the government as a standard to be used across the new unified railway. In anticipation, the government ordered one hundred locos from Woolwich Arsenal as part of a scheme to find work for the skilled labour there. In 1921 however, Nationalisation was abandoned in favour of forming ‘The Big Four’ and on the 1st Jan 1923 the SECR merged with the LSWR, LBSCR and other smaller independent lines to become the Southern Railway. Richard Maunsell was appointed CME of the merged organization.

Mean whilst the work at Woolwich wasn’t going well. More used to producing guns than locomotives they struggled to get one demonstrator working needing some help from Ashford. As costs and delays spiralled the newly formed Big Four made their own plans. The work at Woolwich was stopped and around 100 locos in various stages of completion were put in the hands of the George Cohen and Armstrong Disposal Corporation. The newly formed Southern Railway purchased fifty of the ‘kits’ in 1924 at a heavily discounted price. They were assembled at Ashford Works between June of that year and Aug 1925. No A874, the 49th of the batch, left the works in September 1925.

No A874 was among 47 of the 50 to be allocated to the Western Region of the SR and spent most of its working life based at Exmouth Junction working the hilly lines west of Exeter. In service the N’s gained the nick name Woolworths or ‘Woolies’ because of their Woolwich origins and the bargain basement purchase price. The Western batch initially gained a reputation for poor reliability caused by a combination of suspect workmanship at Woolwich and being on LSWR territory, remote from the support of Ashford. Once they settled down however they earned the respect of the crews who grew to like them for their free steaming, power and versatility.

From 1928 Southern Railways introduced a new Loco numbering system causing our loco to become No 1874 and in the early 1930s a third and final order for 15 made the class up to 80. This final batch incorporated several minor design changes and the modifications were made to the existing class members around this time. This included removal of piston tail rods and the addition of front foot steps and smoke deflectors.

Still stationed at Exmouth Junction on nationalisation, No.1874 was given its BR number 31874 in September 1948.  The class was initially given the power classification 4MT but this was later uprated to 4P 5FB in deference to their ability. The B indicated that its braking capability was at the better end of the grade. In December 1950 it was moved to Salisbury but only stayed for 7 months. It spent a month at Hither Green before settling at Bricklayers Arms on 27 July 1951.

In the late 50s, years of hard work meant that a number of the class were suffering from worn out cylinder blocks and in May 1957 31874 was one of 29 of the class fitted with new BR standard 4 cylinders with outside steam pipes. At the same time the front section of the frames were replaced. The chimney & blast pipe were also changed to improve the drafting.  The curve in the top of the frames by the smoke box door is the most obvious give away, the original frames being straight in this area.

In February 1961 the loco returned to its first shed, Exmouth Junction, from where it was withdrawn from service in March 1964 after a service life of 38 yrs, 5 mths & 29 days. In June it moved to Dai Woodham’s Barry scrap yard arriving on the same day as its stable mates 31625 & 31806 and the other two Us now based on the Bluebell. It was to be the only N class to make it to Barry scrap yard and hence the only example of this important class to be saved for the nation.

It rested at Barry for 10 years before being bought by its current owner and becoming the 48th to be rescued from the yard. In March 1974, 31874 arrived on the Mid Hant’s Railway where it was restored to running order in just two and a half years. It was well suited to the steep gradients of the line and hauled the inaugural train on the reopening of the railway on 30th April 1977. For a short period it carried the name Aznar Line, in recognition of the Spanish shipping company who sponsored the road transport from Barry to Alresford. It was later named ‘Brian Fisk’ in recognition of the contributions of Yvonne Fisk who was the managing director of ‘Mayfair’ – a prominent men’s magazine.

Around 1995 its boiler was used to overhaul 31625 to main line specification as it was in a better condition than 31625’s boiler which it received in return. After a brief further spell in traffic it ran until 1998. With its stable mate, 31625, it took turns being painted as James the Red Engine to augment the railways “Thomas” days, introducing the magic of steam to the next generation and raising valuable income in the process.

When it was withdrawn in 1998 it had severe firebox problems, cracked frames and clearly needed a lot of investment. It was thought to be beyond economic repair and so it lay in the sidings for over 16 years. Six years longer than at Barry! In 2014 it’s fortunes changed when the three Moguls moved to Swanage Railway.

The locomotive and its stable mates moved to Swanage Railway in 2014 and in Aug. of the same year, work started to return it to steam. The problems that kept it in the siding for so long are being steadily overcome. The loco passed its 90th birthday inauspiciously. Separated from its boiler & tender and being stripped down to the bare frames. Its thought to be the most thorough overhaul since BR as we believe it is the first time its been of its wheels since then. In May 2016 we received the exciting news that the overhaul will include certification for operation on the main line. You can follow its progress here.

Any financial assistance, however small, that you could give us would be greatly appreciated and will help breathe life back to this unique loco. Please visit our donations page for a number of easy ways to give. 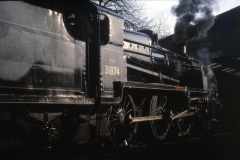 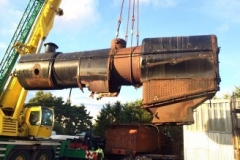 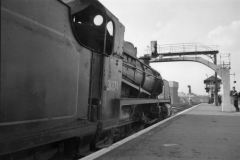 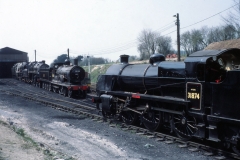 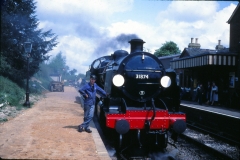 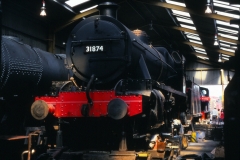 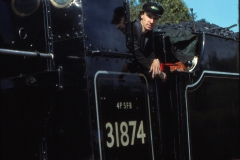 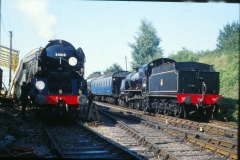 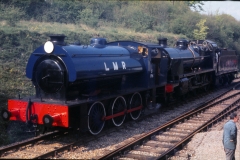 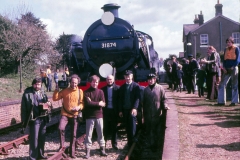 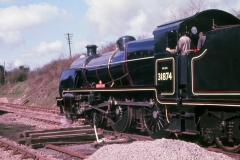 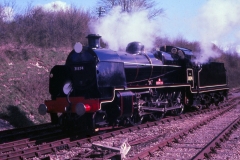 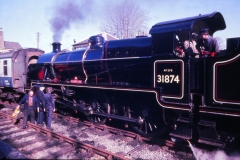 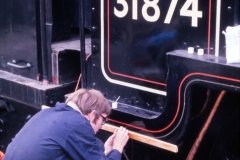 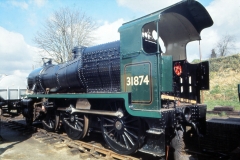 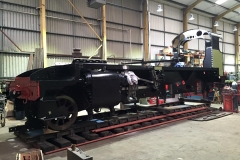 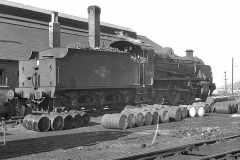 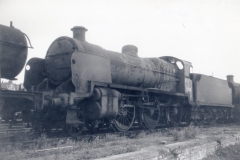 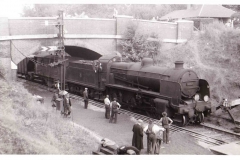